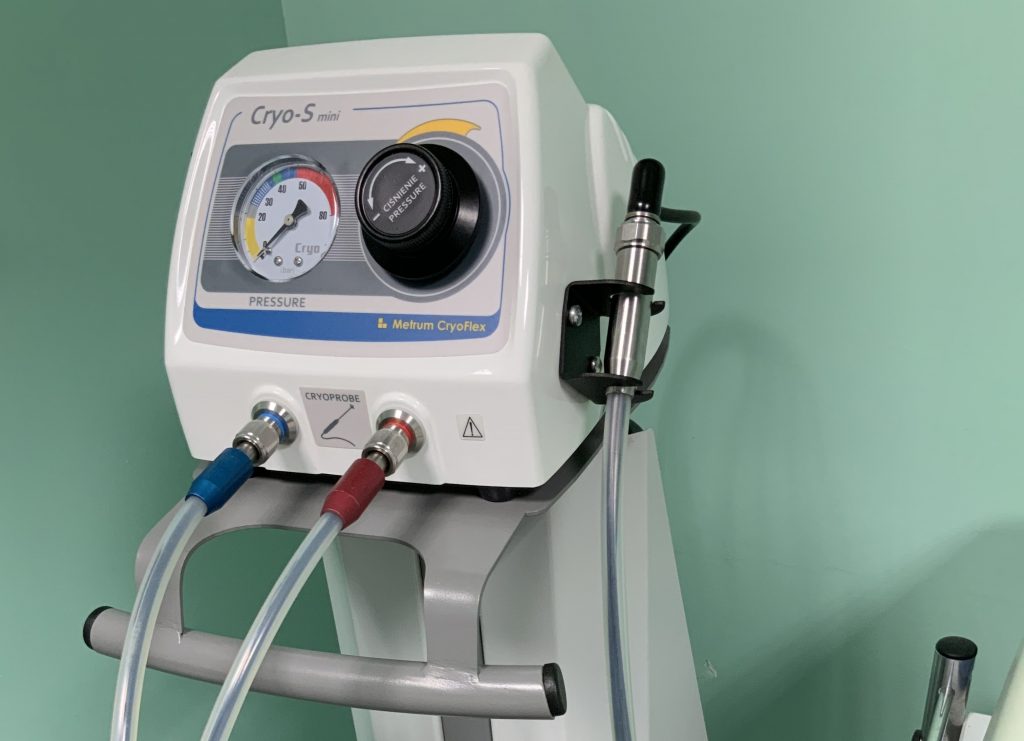 Cryotherapy, also known as cryosurgery or cryodestruction, is a modern method of treating precancerous cervical changes that have previously been histologically diagnosed by targeted biopsy and/or endocervical curettage.

Method principle:
Cryotherapy removes tissue by treating it with low temperature of -50 to -70 degrees Celsius. It is carried out using CO2 (carbon dioxide) -operated device which ensures the low cryodestructive temperature and sterile gold tips. They vary in shape to make it easier to get in contact with the tissue that needs to be removed. The method is painless, does not require general or local anesthesia because low temperatures remove sensation from nerve endings and pain receptors. The duration of the procedure is several minutes, after which the patient can return to her daily life.

Indications (evidence) for cryosurgery – patients with histologically proven precancerous changes of the cervix-CIN I, II, III, established after the presence of the following symptoms:

What should patients expect after cryotherapy?