TREATMENT OF PROLAPSE WITHOUT SURGERY OR ANY RISK OF SIDE EFFECTS 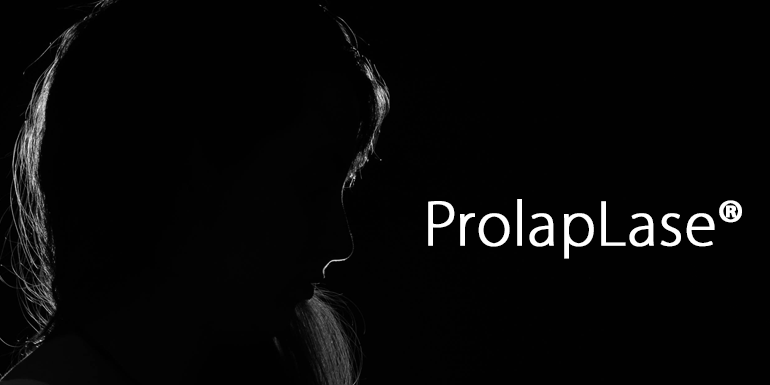 Genital prolapse, cystocele or rectocele are the names of gynecological diseases where, as a result of weakened connective tissue, the bladder or rectum descends to the vaginal entrance. (1). They occur in: congenital connective tissue; systematic exercise of heavy physical labor; after several complicated vaginal births or births of significantly larger babies; decreased estrogen production due to perimenopause or menopause. The disease is observed in 4 phases, and in each next phase, the sinking of the organ is more noticeable. In the last two, the bladder or rectum is present as a soft bulge at the vaginal entrance. Most commonly, genital prolapse is observed in women over 40-45 years of age, with the last two phases more typical of age 60+. Also, they are not rare the cases of women under 40-45 years, which have I or II phase of genital prolapse.

Symptoms are associated with feeling of weight, fullness or presence of a soft bulge in the vagina, presence of varying degrees of incontinence, uncontrollable gas release and/or defecation, and difficulty in emptying the bladder. In the last two phases, the symptoms are also associated with difficulty in defecation or inability to urinate, as the sliding creates a pocket from which it is difficult to channel the waste products of the excretory system.

Similar to incontinence and most gynecological diseases that are unsettling women’s comfort, the genital prolapse is a lonely and “secretive” illness. Beginning with lack of pleasure during sexual intercourse and mild to moderate incontinence, it is often accepted by the ladies as a consequence of childbirth or normal aging. In nations where prophylactic gynecological examinations have not been mandatory tradition, it is often established in the last two phases. The disease is not fatal, but it can lead to other diseases due to problems in the excretory system.

Up until 2012-2013 (2), the treatment of genital prolapse is related to Kegel exercises, the insertion of changeable support pessaries and various types of surgical interventions. Initially, support pessaries were widely used because they are less invasive, but many complications and side effects such as infections, bleeding, and pain push doctors and patients towards surgical approach. This also leads to increased use of polypropylene implants in the form of mesh which is placed surgically. Unfortunately, this method also gives many side effects due to the placement of a foreign body. As a result, it was declared by the FDA (US Food and Drug Administration) as a high-risk medical device with a degree of risk III (class III) of three.

In 2012, Dr. Ursha Bizdjak-Ogrinch and Dr. Sabina Senar conducted two laser treatments with Er:YAG laser by Fotona, respectively, on 28 and 61 patients. The studies have been conducted in Slovenia, in compliance with EU directives, local legislation, and ethical standards for conducting volunteer research as described in the Helsinki Declaration. The results show that after laser treatment (most often after 3 or 4 manipulations), over 95% of the patients in both studies had improvements in various degrees. They also prove that Er:Yag laser procedures do not have any side effects because of the specificity of laser treatment. These studies had set the new ProlapLase® procedure offered by Fotona lasers as an effective method of treating genital prolapse. With ProlapLase, vaginal canal, vestibular, and vaginal entrance treatments are performed with laser beam that does not cause carbonization or ablation of tissue (it does not burn or injure) but produces a controlled thermal effect which stimulates the formation of connective tissue. This way the risk of perforation with random lesions in the urethra, bladder or rectum can be avoided. Thanks to ProlapLase® and Fotona, at Prof. Yavor Kornovski Medical Centre, you have the opportunity to solve your genital prolapse problems without the need for surgical intervention. The effect of 4 treatments lasts 18-24 months and the patient should need one ProlapLase per year to maintain the results. Treatment is outpatient, (does not require hospital stay), non-invasive, non-restorative, painless and effective.

The procedure gives excellent results by young women, after childbirth with finalized reproductive plans, who has mild to moderate stage of vaginal wall relaxation (I and II stage of genital prolapse). With the treatment on those 2 stages, the progression of sneezing and the need for surgical treatment can be prevented. With 3 sessions, 1 per month provides excellent results, avoiding the risks of surgical treatment such as pain, infection, bleeding or dissatisfaction with operating results. In order to confirm the results, the team of “Prof. Yavor Kornovski ” Medical Centre gives you 4 bonus procedure, which will be done 6 months after the end of the treatment.

Prices for ProlapLase®, as well as other procedures with Fotona Er:YAG Laser, can be found at the following link: https://yavorkornovski.bg/tseni/tseni-za-estetitchna-ginekologiya/